It’s Giving Tuesday! Giving Tuesday is the nonprofit sector’s response to retail phenomena like Black Friday and Cyber Monday. On the Tuesday after Thanksgiving, nonprofits all over the country encouraged old and new donors alike to make donations and get involved with their missions. To mark the occasion, Mashable and Google+ teamed up to host an all-day “Hangout-A-Thon.”  The gigantic hangout included interviews with featured nonprofits, inspiring videos from different organizations, and lots of fun extras like Christmas trivia and appearances from songwriters who use their art to spread the word about worthy causes. If you missed seeing the hangout, here are some interesting lessons you can still learn from the speakers.

1. Commit Publicly to Your Goal

Warby Parker is a nonprofit organization that sells eyeglasses. For each pair they sell, they donate a second pair to someone in need. Instead of pledging to donate a percentage of their profits, the founders chose to publicly commit to donating one pair of glasses for every pair they sold. They pointed out that it’s easy to manipulate numbers and percentages and said that their donors see tangible results instead of vague figures. “What matters is glasses on faces,” they said, and it shows; they’ve donated over a half-million pairs of glasses all over the world, and that number is getting bigger every day.

2. Getting People Involved Is As Important as Getting Donations

Code.org, a nonprofit that emphasizes teaching computer science to schoolchildren, is promoting a campaign called “An Hour of Code.” The event aims to give every interested student a “one-hour introduction to computer science, designed to demystify ‘code’ and show that anyone can learn the basics.” During their interview in the hangout, a Code.org representative was asked how people could get involved. She said that donations, of course, were always welcome, but that people could best help by getting involved in their upcoming campaign. Code.org recognizes the value of volunteers, and they’re onto something. Volunteers are the heartbeat of any organization, and studies also show that volunteers are more likely to support a nonprofit financially than people who don’t get involved.

When Adam Braun asked a young boy, “What do you want most in the world?” he couldn’t have anticipated the boy’s response. The boy answered, “A pencil.” Braun’s encounter sparked an idea that became Pencils of Promise, a nonprofit foundation that has built more than 150 schools in developing countries all over the world. That one story — the story about an unlikely conversation with a little boy — gave rise to a movement that’s changed the lives of innumerable children. Years later, that story is still inspiring donors to help build schools and educate kids. What a testament to the power of a human story!

You may not have realized the power of a pencil in the streets of India, but Adam’s tale is a great example to the value of human stories and their importance in fundraising. What story do you have that could spark a movement? Find it, develop it, and spread the word!

4. Good Videos Are a Powerful Tool

Interviews in the hangout were punctuated by videos made by nonprofits who are changing the world in amazing ways. Videos are powerful!  Take a leaf from those organizations’ book; once you’ve found your story, turn it into an online video that you can share with donors and prospects. A picture may be worth a thousand words, but well-made videos take that idiom to another level. They’re a compelling way to appeal to donors and tell your story. And they work! A recent Google survey shows that a whopping 57% of people who watch a nonprofit video go on to make a donation.

Every nonprofit organization has its own unique mission, brand, and voice. Developing your own unique voice can set you apart from other nonprofits and help you attract new donors! Take, for example, Why Hunger, an organization that is working towards making healthy food available to all humans. The organization regularly partners with singers, songwriters, and other music artists to help spread the word about their mission. The hangout was no exception; they joined the hangout with singer/songwriter and actress Emily Kinney, who shared her experiences with the organization. Working with music artists is a unique part of Why Hunger and is a major element in their campaigns. Your organization might not work with world-famous bands and singers, but you can develop a voice, style, and message that will build support and help reach your goals.

The Giving Tuesday Hangout-A-Thon was full of wonderful messages, tips, insights, and advice. These are just a few examples of the knowledge shared by the participants, but they’re invaluable tidbits that can help you with your year-end fundraising and beyond. Good luck! 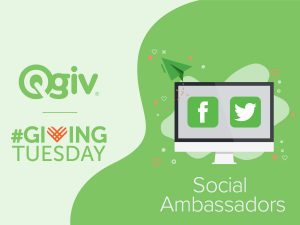 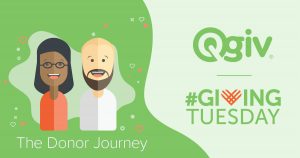