We’ve all experienced it; you juggle your groceries onto the counter, wait for your total, and punch in your PIN number. And, just when you think you’re finished,  the cashier hits you with one last question:

“Would you like to donate a dollar to charity?”

The situation can be a bit unsettling for shoppers. Many individuals feel trapped or pressured into making a donation to avoid being judged by fellow shoppers or the cashier. Others are open to the idea of making a donation but are uncomfortable giving money to a nonprofit that they haven’t researched. Still others willingly give a dollar or two but end up resenting the question when they’re asked to donate again during future store visits.

The “checkout charity” tactic is becoming more and more common; retailers all over the country are teaming up with charities to raise money one or two dollars at a time. And it’s working. Philanthropy professor Leslie Lenkowsky admits that the practice “can be annoying and coercive” but acknowledges that “the amount we raise through individual gifts is staggering” (read the original article containing this quote here).

While many nonprofits aren’t big enough to benefit from this controversial fundraising style, they can glean some good fundraising tips from the practice.

1. Go Where The Money Is

One reason fundraising at retailers is so lucrative is that store customers are already prepared to spend money. Checkout charity might be inconvenient or embarrassing, but adding a dollar or two to their bill is easy when donors already have their wallets open. Soliciting donations at cash registers might not be the best idea for every nonprofit, but there are ways to raise money in similar situations. Many local restaurants have charity nights where a portion of proceeds go to a nonprofit, for example, or volunteers could set up donation tables at community functions or sporting events. There are plenty of ways to “go where the money is” without pressuring people to make last-minute donations.

2. There’s a Fine Line Between Being Effective and Being High-Pressure

Shoppers agree that being solicited for donations when they’re at the cash register is high-pressure and unpleasant. If you think about it, though, checkout charity has a few advantages that professional fundraisers might find enviable. Fundraisers (read: cashiers) get face time with every possible potential donor, asks are typically within the donor’s price range, and donors usually get a face-to-face “thank you” when they make a gift. Abandon high-pressure fundraising elements that make donors feel “trapped” and judged, but keep those positive elements in mind at your next event.

3. Your Donors Are Not Cash Registers

In-store fundraisers typically last anywhere from a few days to several weeks. While longer fundraising periods inevitably lead to wider reach, they can also lead to donor fatigue. If a customer makes multiple stops at a grocery store during a fundraising period, they’ll inevitably be annoyed when they’re repeatedly pestered for donations. That problem can be compounded if a store participates in several fundraisers over the course of a year.

Nonprofit organizations can fall into the same trap. Keeping track of donor gifts so you don’t approach the same people repeatedly for the same campaign is critical. It’s also important to avoid treating your donors like walking cash registers even when you’re asking them for donations for different events or programs.

4. Say No to Peer Pressure

Part of what makes checkout charity so unpopular with shoppers is that donors face a lot of peer pressure when they’re publicly asked to make a gift. Apply that sentiment to your own fundraising; while asking people for financial support inevitably involves some level of pressure, potential donors should never feel bullied or trapped into charitable giving. And, just as shoppers dread feeling judged for making small donations or declining to donate altogether, your prospects should never feel judged for their donation (or lack thereof). That probably means keeping your individual asks low-key or entirely private is the best way to keep donors at ease. 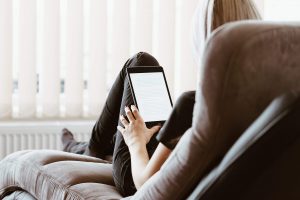 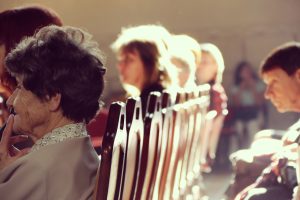 What the CARES Act Means for Nonprofits