There’s a lot of thought, emotion, and decision-making that goes into a donor’s decision to make a gift. Every element of a nonprofit’s website, especially the donation form, has an effect on their decision to donate. Does your donation form reinforce someone’s decision to give? Will it persuade unconvinced prospects to take the plunge? If you’re not 100% positive that your donation form is in top shape, take a look at some of these design ideas for a successful donation page.

Putting the donation amount before the payment information on a donation form is a relatively easy way to boost donor conversions. It seems like a relatively minor change, but it can have a very real psychological effect on your donors! When people enter a donation amount right away, filling in their personal information becomes a no-brainer — they’re just finishing the donation they’ve already begun. Entering payment information first, though, doesn’t have the psychological effect of committing 100% to making a donation, and donors are more likely to leave the form without making their gift.

The pre-set suggested donation amounts can really influence a donor’s perception of your nonprofit and, in turn, can affect how much they donate to you. “The amounts that donors see on a form influence the value new donors place on an organization’s mission and cause while  encouraging donors to give at a higher level than they might otherwise give,” says Jacob Fullhart, one of Qgiv’s customer service techs.

To get the best results, Fullhart suggests choosing the average gift you’d like to receive and making it the second lowest amount on your form. “The second lowest amount on a form is likely to be the most popular option for the same reason the second cheapest bottle of wine is the most popular on any restaurant’s menu. Stepping up to the second price point triggers a feeling in a restaurant-goer’s mind that they are getting a better product and will have a better experience while still getting a bargain,” he says. “Many donors that might otherwise give a lower gift will step up to the second amount on a donation form, and they will feel better about their gift, and they’ll get the sense that they didn’t give at the lowest level and are doing more to help the organization.”

Tell Donors What They’re Getting

Donors support nonprofits because they want to make a difference in the world. Tell them how they’re solving problems and helping people! A great example of this concept is from Lakeland Volunteers In Medicine, a nonprofit in Qgiv’s hometown that offers medical and dental services to the working uninsured. Their website shows that a donation of $36.89 can cover the average cost of one patient’s treatment, or that a donation of $800 can cover the cost of screening 10 women for breast cancer. It’s an easy way to compel donors to support your nonprofit by donating to solve a tangible problem.

Get Rid of Confusing Buttons

Do you have a “Reset Form” button at the bottom of your donation form? If you do, it’s time to ditch it. Accidentally hitting “Reset” instead of “Submit” can result in plenty of frustration for your donors… and can cause you to miss out on a potential donation. Keep your form as fool-proof and clear as possible! Get rid of excess buttons that can distract people from finishing their transaction.

Suppress Navigation Items on Your Form (When Possible)

This method should probably be applied on a case-by-case basis, but it’s an interesting concept. Some nonprofits find that donor conversion rates tend to lift when they turn off standard navigation items on their donation form. Often, they’ll remove the majority of their site navigation links (think links like “About Us,” “Get Involved,” “Our Story”) and provide a link only that will take the donor back to the homepage. Including fewer navigation items means that donors have fewer chances to be distracted by another link that will take them away from the donation form.

Not comfortable removing the standard navigation links from your donation page? Try removing those links from donation forms for specific campaigns and events. You can also remove them from forms that you link to in fundraising campaigns, e-mail asks, and newsletters. That way, you’ll maintain the standard links on your primary donation form and offer fewer distractions for people who click to your form with the sole intention to give.

Include the Appropriate Security Certificates

It’s important that donors feel secure when they’re submitting a payment to your organization. They want to know that their information is being guarded and that supporting your organization won’t put them in a vulnerable financial position. So, while they might not be the most lovely icons ever designed, don’t remove security certificates from your form. The SSL certificates that are on your form reassure your supporters that they can give to your organization without leaving themselves susceptible to identity theft. 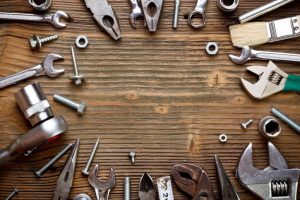