Giving Tuesday is approaching, and your organization is busy gearing up for the biggest day in online giving. You’ve decided how you want to brand your campaign. You’ve created a timeline for your posts, and even begun strategizing your day-of content. But have you thought about creating a social media ambassador program? Having a group of avid supporters ready to share your posts will extend the reach of your Giving Tuesday campaign immensely.

You’ll want to kick off creating your social media ambassador program by identify the folks you want to be your ambassadors. Meet with your development team or volunteer coordinator to create a wish list of ambassadors. The list should be long because not everyone you reach out to will get back to you or agree to help. And yes, as the headline suggests, you can pick the wrong people to be ambassadors.

The people you add to your list should be active on social media. If someone has only 20 Facebook friends and hasn’t logged into their social media accounts since 2011, they’re not the right candidate for your social ambassador program. When adding people to your list, consider people that fall into the following categories:

Once you’ve created your ambassador list, divide up who will ask each person to be an ambassador. If a major gift officer or volunteer coordinator has a relationship with someone on your list, encourage them to ask the individual to be an ambassador. Receiving an ask from someone they know will increase the chance your potential ambassador agrees to help.

Decide what you want your ambassadors to do

Your social ambassador program isn’t meant to replace your Giving Tuesday marketing and fundraising efforts. It’s meant to boost the work you’re already doing.  With that in mind, keep what you ask of your ambassadors to a minimum. Ask for concrete, actionable tasks that can be easily done by someone with a full-time job. To increase your Giving Tuesday fundraising success, and overall message reach, consider asking your ambassadors for the following:

To increase the odds that your ambassadors do participate and do what you ask, consider offering certain incentives and prizes. The person with the most donation referrals could receive a goodie bag from your nonprofit with T-shirts, magnets, and other branded items. Your nonprofit could even share the posts made by particular social ambassadors and give them a “shout out”.

Create a resource kit for your ambassadors

You want to make being a social ambassador as easy as possible for those who agree to help. To do this make sure you let your ambassadors know from the get-go that you’ll be providing resources for them. By providing resources, you increase the probability that those who agree to help will actually post on behalf of your nonprofit. Make it as easy as “copy” and “paste”.

For your resource kit you’ll want to create either a Dropbox or Google Drive folder. Doing this enables you to send a link to the folder containing your Giving Tuesday resources. This folder should include a document with links to your nonprofit’s social media channels, a link to your website, and a brief outline of what’s expected of your ambassadors. If your nonprofit is offering any incentives for ambassadors be sure to include that in the document as well.

Include pre-made cover photos for each social media platform, profile pictures, and post pictures. These images should be a combination of your nonprofit’s branding with the Giving Tuesday logos. Refer to our blog earlier in this series on how to brand your Giving Tuesday campaign for inspiration.

Make sure the images you include in the ambassador kit are sized correctly for each social platform—you can use our image size guide to help. Include sample posts so your ambassadors have content they can share quickly and easily.

Communicate with your ambassadors like your organization depends on it

During Giving Tuesday keep your ambassadors updated on your fundraising progress. You want to treat them like your “inner circle”. Live updates on your progress will create a sense of urgency and motivate them to share more about your campaign.

As cliché as it sounds, your Giving Tuesday campaign is only as good as the people behind it. A successful social media ambassador program can extend the reach of your campaign to thousands of additional people—resulting in more donations to your organization. 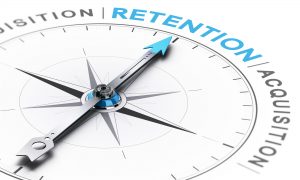 3 Ways to Retain Giving Tuesday Donors in the New Year 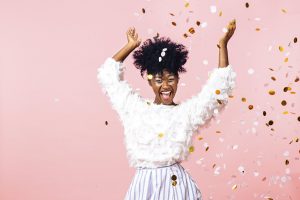 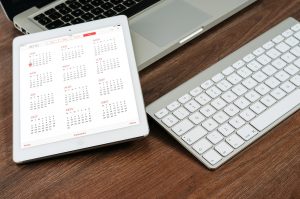