Why create a posting timeline?

A timeline will help you stay organized and on top of creating good social media content for your different platforms. The further ahead you plan, the more time you can spend creating fun visuals and engaging copy for your posts. Deciding how often you should post, and when, will give your staff clear deadlines and goals to work toward.

Use our sample timeline below to begin building your own posting schedule! 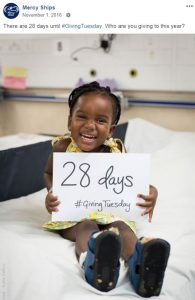 Two weeks and one week before

Social countdown posts
Remind your followers that Giving Tuesday is right around the corner. Multiple countdown posts aren’t overkill! Facebook users share 684,478 pieces of content per minute. Each day more than 500 million tweets are processed on Twitter and 80 million photos are posted to Instagram. A second and even a third countdown post helps keep your Giving Tuesday campaign top-of-mind for your supporters. 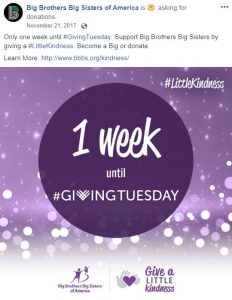 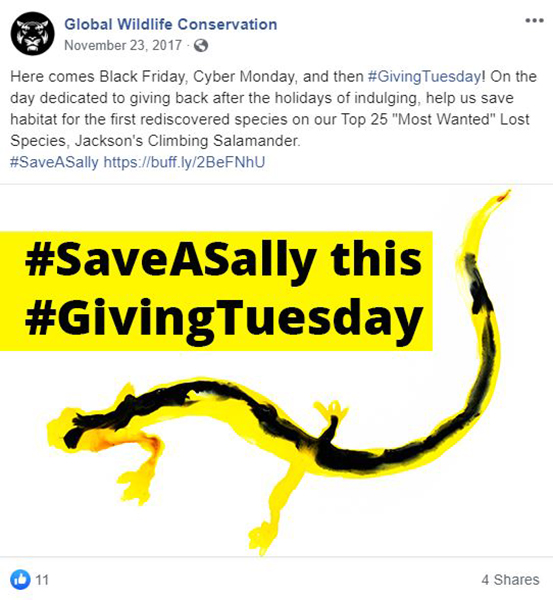 Your final reminder post
Foreshadow any matching challenges or stories your nonprofit will be sharing during Giving Tuesday, without giving too many of the details away. Remind your supporters that you need their participation to make the day a success. 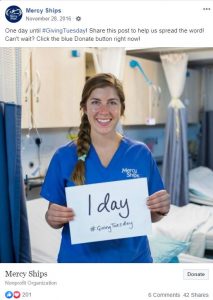 You will need a thorough schedule of social media posts. Why? Because (don’t panic) you should aim to post hourly during the hours your supporters are awake. On Giving Tuesday tens of thousands of nonprofits will also be posting about Giving Tuesday. To make sure your posts aren’t bogged down in the traffic, you’ll need a two-part recipe for success. Part one: volume. Part two: value (we’ll get to value a little later in this blog series).

We’ll provide specific examples of what you can post during Giving Tuesday later on in this series! 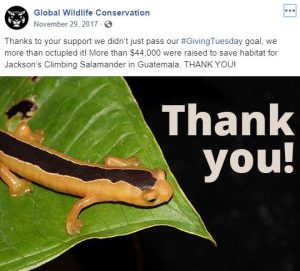 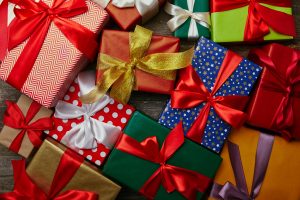