At the beginning of March, 2015, thousands of nonprofit professionals descended upon Austin, Texas for several days of learning, sharing, and networking. As attendees navigated hundreds of classes, tons of breakout sessions, and lunch meetings, they tweeted up a storm: users posted thousands of tweets full of fundraising advice and statistics. Conference-goers are still unpacking and learning from all the materials they were given in different sessions — and we are, too! Here is just a glimpse of some of the standout tweets from that week (and how you can learn from them!).

Being concise is key. If you need to write a long-form post on social, be AUTHENTIC. Otherwise, no one will read it. #15ntcvisualmedia

Takeaway: Most of today’s online media is very visual. If you have long, uninteresting posts, nobody will read them. To get your message heard, keep it short and sweet. If you must make a long post, be as authentic and conversational as possible.

Takeaway: Donors are using their mobile devices to read their e-mails, act on calls to action, and give to nonprofits. If your communications and website aren’t mobile-friendly, you’re going to alienate your donors.

Monthly donors are huge advocates and want to know how their donations are making an impact. #15ntcplayitagain#15ntc

Takeaway: Your recurring donors are the best brand ambassadors you have. Make sure they know how important they are, and let them know that you recognize and appreciate their involvement.

Use images to show the intangibles of your story – what’s the real value of your message? #15NTC#15NTCmultistory — Erica Lawton (@EricaLawton) March 4, 2015

Takeaway: A picture is worth a thousand words, especially when you’re telling a story. So many beautiful parts of your narrative are hard to describe — the look on a child’s face, the transformation of an adopted pet, the energy of new volunteers — but you can show them in a picture. Use photos to take your storytelling to the next level!

“Email fatigue is 100% driven by relevance, not frequency.” #15ntcemaildesign

Takeaway: Donors don’t delete e-mails without reading them just because they get a lot of them. They delete them because they aren’t saying anything new. Keep your e-mail content relevant to your donors’ lives and current events if you really want people to notice them.

Takeaway: People are going to see your videos on Facebook, YouTube, and Twitter (usually). If donors are on mobile devices, they’ll see your video auto-play without any sound. Are your videos compelling enough without sound that people will want to watch the whole thing? They should be!

Takeaway: Donors are browsing nonprofits’ websites on mobile and are donating on their mobile devices, and it’s becoming more and more common every day. But a majority of nonprofits don’t have mobile-friendly websites… and risk losing potential donors. Now is the time to optimize.

Takeaway: Still think mobile optimization isn’t a big deal? Donors are 34% more likely to donate on a responsive website/ form than they are on one that’s not responsive. Updating to responsive design shouldn’t be postponed!

Takeaway: Donors — especially young donors — are often put off by outdated branding, logos, and websites. If it’s been a while since your nonprofit updated your look and online presence, you might benefit from giving yourself a facelift.

Dawn Stoner: You’re not selling Radiohead tickets. No one is dying to get to the end of your donation form. #15ntcoptdonation #15ntc — Nicole Wallace (@NicoleCOP) March 6, 2015

Takeaway: Your donors want to make a gift to your organization, but they want to do it quickly. Make your donation form as efficient as possible by eliminating unnecessary fields, distracting buttons and graphics, and annoying questions.

Takeaway: Every nonprofit out there would love to have a base of solidly committed donors that sustain their programs. Keep your sustainers happy by letting them know you appreciate them, talking with them, and keeping them involved in the goings-on at your nonprofit. 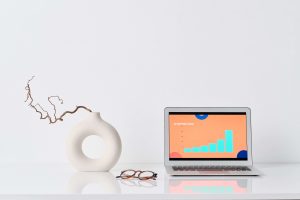 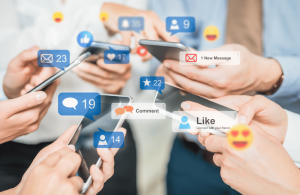 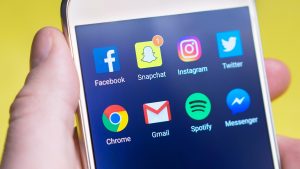