Micro-Influencers: What They Are & Why Nonprofits Need Them

But what ARE micro-influencers? And why should nonprofits explore working with them?

Micro-influencers are online personalities with between 1,000 and 30,000 followers (that number changes based on who you’re talking to). Unlike major influencers, whose followers number in the hundreds of thousands or even millions, micro-influencers generally operate in a very specific niche.

Micro-influencers exist in nearly every possible niche online. Health and wellness, parenting, beauty, music, painting, coffee, cocktails —you name it, there’s a handful of micro-influencers operating in that sphere.

Why Should My Nonprofit Work with Micro-Influencers?

Because micro-influencers have a small(ish) following of highly-engaged followers, building a relationship with them is a potentially powerful way to introduce your nonprofit to a wider audience. Because they’re passionate about engaging their online audience, micro-influencers tend to be much more responsive to people who are interested in potentially marketing with them.

Lots of fundraisers joke about board members or upper management who propose writing to Oprah or Bill Gates in the hopes of getting publicity. Micro-influencers are easier to contact, easier to build relationships with, and easier to work with. They’re a much more realistic alternative to the kind of “celebrity advocate” relationship that everybody wants!

This question isn’t easily answered. Like every group of people, different micro-influencers are motivated by different things. But we can make some educated guesses about what they’d want from a relationship with your nonprofit.

Micro-influencers are motivated by creating quality content that resonates with their supporters. Part of that content is, to at least some extent, visual. Most micro-influencers rely heavily on photography, video, and live-streaming to connect with their readers. Whether they’re on Facebook, Twitter, Instagram, their website, or some other platform, micro-influencers depend on high-quality posts that engages their fans.

That content must also fit their niche. Part of a micro-influencer’s appeal to their fans is their curated content around a specific lifestyle, hobby, aesthetic, or message. Any time they sponsor or promote an organization, product, or nonprofit, they must ensure it fits their niche. Because their followers are invested and engaged in their brand, they have to be selective about what they choose to highlight. Sharing too many sponsored posts can weaken their followers’ trust, and sponsoring posts from brands that don’t suit their niche erodes trust, too.

How Can I Build Relationships with Micro-Influencers?

If your nonprofit decides to pursue working with a micro-influencer to boost your organization’s visibility, there are a few things to keep in mind.

One, you need to make sure that the micro-influencers you talk to have a niche that complements your organization’s mission. Since their content tends to be very specifically-focused, you’ll have the best luck working with someone who’s already invested in something similar to your work. If you’re an organization that’s focused on offering nutritious food to schoolchildren, for example, you’ll probably have better luck working with someone who’s involved in the health- or food-focused sphere. If your mission is focused on the environment, try reaching out to someone whose niche is the outdoors. The more overlap there is between your mission and their brand, the better. You might also benefit from working with a micro-influencer who’s from your area.

Another thing to consider is what you can offer micro-influencers in return for their influence. Remember, many micro-influencers make a living with their brand. That’s an important thing to remember when working with them! That woman with thousands of likes on her photos isn’t just a casual social media user. She invests time, money, and lots (and lots!) of work to earn the engagement she receives. If they invest in you, micro-influencers are investing their time, personal brand, and reputation in your mission. That’s not something to take lightly!

How Can I Connect with a Micro-Influencer?

Be deliberate about how you find and interact with micro-influencers while you’re looking for your ideal match. Don’t just ambush them with a sudden request for support! Here are some tips for finding the perfect micro-influencer and starting the conversation around building a partnership:

What Should I Do Once I Identify the Perfect Micro-Influencer for My Nonprofit?

Try to come up with a few different options for micro-influencers who are interested in getting involved. Brainstorm some ideas like:

However you decide to approach your micro-influencer, try to approach them in the same way you’d approach a corporate sponsor or a potential major donor. You don’t just show up in their feed one day and ask them to support you. First, focus on building a relationship, understanding their motivations and their passions, and making a case for a partnership. THEN you can approach tactics and strategies!

Micro-influencers—online personalities with specialized interests that have a base of highly-engaged supporters—are the new “it” marketing trend in the for-profit world. But they can be valuable to nonprofits, too! Building a relationship with micro-influencers takes a little time, effort, and finesse. But the payoff—more visibility to new audiences for you and high-quality content for them—is mutually beneficial.

You know the basics of relationship-building with micro-influencers. Now get out there and find ’em! 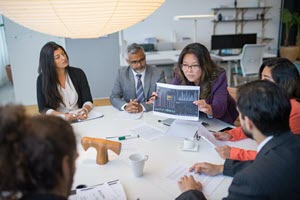 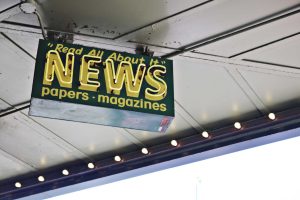 How to Write a Nonprofit Press Release (with template) 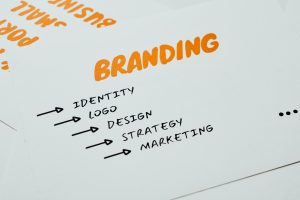 8 Nonprofit Branding Strategies to Help Your Nonprofit Design with Impact