When you think of zombies, you probably think of legions of the undead with an insatiable hunger for brains. But I’m willing to bet you encounter zombies on a daily basis… at least if you’re a fundraiser.

Zombie donors are uninspired, disengaged supporters. Maybe they were one-time donors who never gave again. They might be recurring donors who never upgraded their gift. But they’re there, lurking in your CRM. There are legions of them, all full of potential, driven by an insatiable hunger for meaningful engagement.

A time-honored way of dealing with zombies is to hit them in the head with something heavy. The same method can be applied to zombie donors… as long as you’re hitting them with an amazing story instead of, say, a shovel.

One of the biggest reasons donors become disengaged from nonprofits is because they’re bored. They get boring appeals, boring receipts, boring newsletters. They’ve been bored… to death.

That sounds a little dire. The good thing about bored zombie donors is that just a little effort can make a big impact on them.

To resurrect your donors, you need to hit ’em with a great story that will knock them out of their stupor. So how do you do it?

Showing donors an inspiring story (and making them the hero of that story!) is a powerful weapon. Use it well!

2. Set Them on Fire (by Getting Them Involved)

Anyone who’s read World War Z knows that you can dispatch a zombie by burning it. You’d never want to set a zombie donor on fire literally. But figuratively? Sure!

Someone who’s “on fire” for a cause is passionate about what they do. A great way to spark that kind of passion is to get a zombie donor involved in your mission in a non-monetary way. There are loads of options for doing this! One common method is inviting donors to volunteer—they not only get hands-on experience with a mission they love, but they’ll also be more likely to donate again in the future.

Guided tours of your facility are another great way to resurrect zombie donors. Their giving history indicates that they believe in your work and want to make a difference through you. Show them what their money funds! Tours are a great way to show donors the real-life work they support with their gifts. If your donor base is disengaged, this is a fantastic option.

You can also try methods like hosting donor-appreciation events (or events in general!), scheduling phone calls with lapsed donors, writing cards or personal emails to them to see how they’re doing, etc. The possibilities are endless!

Sometimes, your zombie horde gets so out of control that you’ve got to resort to explosions to take care of the problem. You can blow away your zombie donors, too, but with great donor retention methods instead of C4.

Donor retention rates across the nonprofit sector are pretty terrible. But you can actually look at that as a good thing—it means it’ll be easier make a big impression on donors!

We talk a lot about donor retention methods here at Qgiv. It’s so important! If you’re looking to really blow your donors away (in a good way), here are some resources for you:

Now that you’re well-equipped to handle your zombie donors, it’s time to get out there and do it. Godspeed! 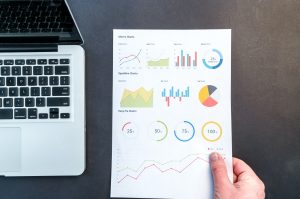 Giving USA 2022: The Annual Report on Philanthropy for the Year 2021 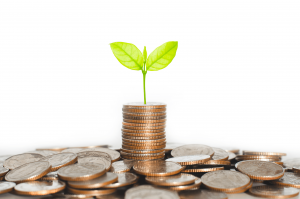 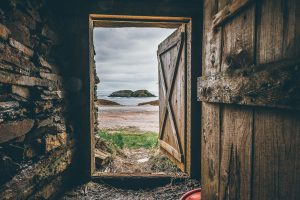