Collecting donations through text message sounds like a great idea. Most of your supporters use smart phones, it’s an easy way to give, you don’t have to spell out your donation page’s URL when a donor is trying to give on their phone, and you don’t have to hope that your supporters remember to donate when they get home. But, as cool as text fundraising is, it takes a few special touches to really get people to give via text message. A few of our clients have really mastered the art of encouraging text-based donations; here’s a glimpse of what they’re doing.

They Have a Captive Audience

Most of the instances that our clients collect tons of text-based donations are those that include a nonprofit representative talking to a captive audience. Keynote addresses, speeches at events, announcements to church congregations, and similar situations are all ideal for encouraging your donors to give via text. Asking people to donate by text message when they’re otherwise occupied is a lot like handing out flyers on the sidewalk — a few people might stop and listen, but most won’t really register your request.

They Create a Sense of Urgency

Really great fundraising campaigns have two things in common; they elicit a powerful emotion in potential donors, and they create a sense of urgency that spur those donors to give. That sense of urgency is especially important when you’re trying to inspire donors to give to you during a text-to-donate campaign. If you have a captive audience that’s been presented with an emotional, compelling story, telling them that they can give, right now, to help solve a problem just by texting a keyword to a number and entering some information, they’ll stay excited about giving. Your donor conversion rate will be much higher than it would be if you got your audience excited about giving and waited for them to go home and donate online!

Imagine you’re a potential donor. You’re at a gala and the keynote speaker has just given a brilliant speech about your nonprofit and all the amazing things your organization has accomplished. You’ve been moved to tears by a touching video and have decided that you’d do anything to support your mission. The keynote speaker made a final, impassioned plea for support, you’re ready to donate via text, and they tell you to just text the keyword, which is “YesIWantToSupportYourExcellentOrganizationOctober2019.” Or something equally as long.

Choosing a simple keyword accomplishes two things. One, it lessens the distraction of the donation process, allowing donors to stay emotionally connected to your organization from start to finish. Two, it decreases the likelihood of typos that will complicate the donation process and potentially frustrate donors.

Even if you have the most simple keyword imaginable, you will always have a few donors who need to be reminded what it is. Have the keyword visible somewhere, whether it’s on a screen, printed on a pamphlet or program, or on a banner somewhere. Your donors –whether they forgot the keyword, need a spelling reminder, or just want to double-check –will appreciate it.

Reiterate How Much They Can Donate

Different text-based fundraising tools allow donations of different amounts. Text-to-give, which is a bill-to-carrier solution, allows donations of $5, $10, $15, $20, $25, $30, $40 or $50. Some platforms (like Qgiv, ahem) allow some recurring donations as well! Make sure donors know which keyword is linked to which amount. You don’t want a donor to accidentally donate $15 when they thought they were donating $50!

Text-to-donate allows more flexibility. The keyword donors use takes them to a very simple donation page that takes only a few seconds to fill out. That system:

And, fun fact, this kind of donation method also decreases the risk of something like this happening: Text fundraising is still a relatively new fundraising method for many nonprofits, but it’s got a ton of potential. Getting the right pieces in place will help you run a successful text giving campaign! 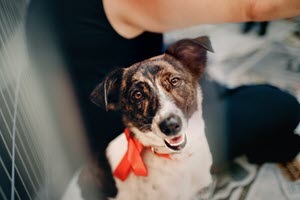 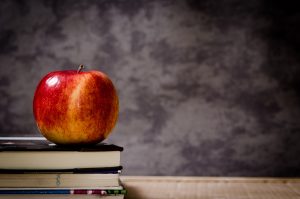 How to Simplify School Fundraising with Different Giving Forms 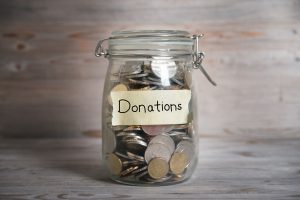