The Millennial generation is set to increase both their spending power and their influence over the next several years. Nonprofits are working hard to balance the tried-and-true fundraising methods that work well with their largest group of current donors (mostly Baby Boomers) and experimentation with new methods that are aimed at the next generation. Lots of nonprofits are trying to use memes to connect with their younger supporters.

But before you decide to use memes to reach Millennials, let’s talk about the two different meanings of the word “meme.”

The word “meme” was originally used to describe a behavior or cultural element that spread among society, usually by imitation. In that sense, you can absolutely use a meme template to relate to Millennial donors — Millennials are very tuned in to each other via the internet, and cultural phenomena and ideas spread quickly. Look at the ALS Ice Bucket Challenge: it was a cultural phenomenon that spread quickly through the internet and that caused people to behave in a certain way. More often than not, the word “meme” refers to an image containing a specific character (Scumbag Steve, Confession Bear, Grumpy Cat, Good Guy Greg, etc.) accompanied by text appropriate for the character. They’re a staple of websites all over the internet; you’ve probably seen them everywhere from the front page of Reddit to your own Facebook feeds.

It might seem tempting to try to use memes to appeal to your Millennial donors. And for good reason! They’re eye-catching, they’re popular among that age group, and images perform well online.

The problem is that there’s more to them than text slapped onto a picture. Like the original definition of “meme” implies, the goofy images are the internet’s inside joke. And, as in the case with people who aren’t in on an inside joke, trying too hard can have some pretty cringe-y consequences. So, how should nonprofits use memes to appeal to their younger audiences?

Well, first, they can take advantage of the original concept of a meme as a cultural phenomenon to make a real meme of their own. Take the ALS Ice Bucket Challenge as an example. The fundraisers understood a few key concepts about the people who took part in the challenge:

The fundraisers took those concepts and created a fundraising meme that took over the internet for weeks at a time. If you want to emulate them and their success, come up with a fundraising method or project that includes elements that will appeal to your constituents.

But how about using image-based memes to appeal to younger supporters?

Honestly? As a Millennial myself, I’d advise nonprofits to find a different way to engage young audiences. If you can’t relate to young supporters authentically through these images, it’s best to avoid using them at all. At worst, using memes poorly can make you seem condescending, like you’re talking down to your supporters. At best, poorly-done memes can make you seem out of touch.

Still want to use them? That’s fine. Just make sure you have them put together by someone who’s (probably) young, funny, and internet-savvy who can confidently make them without alienating your younger supporters.

Want some alternative ways to engage with your Millennial (and younger) friends? Check this out. 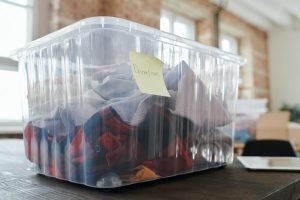