Magnolia Pictures, a leading U.S. film distributor co-founded by Shark Tank star Mark Cuban, is releasing a new comedy called “Buffaloed.” The focus of the film is on a woman who needs money to pay for her Ivy League tuition, so she turns to a career in debt collection. Many debt collectors in the United States are tasked with getting payment on medical debts – and many who owe those debts don’t have the means to pay for them. To shed light on this issue, Magnolia Pictures has partnered with Qgiv Client RIP Medical Debt, to eliminate $1.5 million in medical debt.

They’ve also created a fundraising campaign and are accepting donations to go above and beyond their goal. They’re accomplishing this via a Qgiv donation form. We’re proud to be part of a campaign that will provide people in need relief from outstanding medical debt.

To learn more about this fundraising campaign, or for more information on Magnolia Pictures’ film “Buffaloed,” check out this article from variety.com. “Buffaloed” will be in theaters and on demand starting February 14th, 2020. 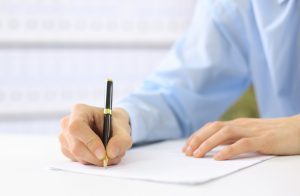