When it comes to asking for donations, there’s no “right” way to do so. However, there are many wrong ways! Running a successful crowdfunding campaign is more challenging than one might think, and much of it comes down to how you put your campaign out there and solicit support.

What follows is a road map of the 5 key pitfalls to avoid:

1. You don’t promote your campaign before it’s launch.

Before you launch a campaign, you need to put in the time to cultivate your network to ensure they are ready to be responsive.

Everyone will be at a different stage for this: some of you already have a network that you communicate with regularly, while others of you will need to invest the time to build the network before you can launch.

Think of it this way: a good networker is always thinking about what they can give to others without asking for anything in exchange. Most people won’t do something unprompted, and it’s important to create a foundation of trust before asking for something.

This means taking the time to get to build a relationship with your community of potential supporters. This could be through consistent newsletter updates, social media communications that put a face on your organization, and even reaching out personally via email or phone to those key supporters that you think have influence over groups of potential supporters.

These are the people you need to care about your cause and want them to take action when you ask them to, so don’t take for granted that they will do so without investing in a trusted relationship first.

The solution: Generate excitement and buzz before you launch your campaign. That way, on the launch day, you’ll already have supporters interested in your campaign.

As one person recently told me, they didn’t initially give to a campaign, but after seeing their friend post about it on FB 7 times, she could feel their passion, and frankly, they just wore her down 😉 So she gave! You want to do the same.

Social media is a great way to engage with people, and consistency is key! You want to establish a consistent communications plan to have the best campaign possible. You can’t be a Debbie Downer and get upset when you only posted to FB once or twice with no responses, or only sent a couple of emails!

It takes donors about 5-7 times to be hit with your message before they even decide to take action. You should be posting online every single day and sending a mix of mass and personal emails – you should get to the point where you almost feel embarrassed about how much you’re emailing and posting, and then you know you are doing enough. No excuses!

The solution: Sharing your campaign is the only way to spread the word and get people interested in your campaign. Post updates on your progress, highlight donors, publicly thank donors—do anything you can to promote your campaign and stay relevant.

3. You thought you could skip the soft launch.

The soft launch is a major component to getting your campaign out there. This is the time when you send your campaign to key supporters before the official launch to your entire community. It’s a key strategy to get your thermometer rising 20-30% before you launch to the masses.

Without the soft launch, there’s no momentum to build upon. So be sure to identify a 24-48 hour period before the soft launch where you promote the campaign to a smaller circle of people, giving them a deadline by when you need them to give.

If you do the calculations right, and identify the correct people, you should be able to give yourself a nice head start so that you can launch strong.

The solution: Use the soft launch to reach out to your major donors and get their support. That way, you’re guaranteed a few significant contributions early in your campaign.

4. You only made general pleas, not personal, targeted asks.

Many people think that all they need to do is post to FB and send mass emails for people to give. That might work if you have a super loyal and responsive social media community, but most people don’t have that luxury. Be prepared to work, work, work!

Come up with targeted lists of different types of people that you can directly ask to give. For example, make a list of 5 – 10 people you can ask to give at the highest level. These should be people who are either well off or that you know have a particular affinity for your cause.

Come up with a target number that you think you can raise from this group. Then, make an appointment to go see them and make the ask. Be ready to follow up immediately with a link to your campaign.

On the other end of the spectrum, make a list of 30-60 people who are passionate about your cause and those you know you can count on, regardless of their wealth. Call at least one a day and don’t take no for an answer. You should be able to get some sort of minimum donation from each one of them.

It’s important to use personal relationships to create the groundswell that will give you the momentum for the campaign to start to take off on its own. Remember that you have to be strategic and plan to create virality. Contrary to popular belief, it typically doesn’t happen by magic!

The solution: Don’t make all your asks public solicitations—instead, reach out to donors directly as well. With direct asks, you can personalize your communications and connect the donor to your cause.

5. You used only generic and uninteresting communications.

A big mistake that many campaign organizers make is to get caught up in the “crowd” of crowdfunding – they don’t personalize communications and just mass blast away without giving thought to what the recipient on the other end would want to know or /read.

Try to find a way to personalize your communications. As you develop your email effort, work on making the recipient believe that you were only sending the note to them. Highlight new news and call out individuals who have shown support, either monetarily or in helping get the word out about the campaign.

Work to humanize your organization so that people feel like they know you – feeling connected makes them more likely to help.

As a complement to mass communications that you’ll personalize and humanize as much as possible, be sure that you’re developing a personal follow-up strategy where you actually write individual personal emails, either as solicitations, to offer gratitude, or to give an update.

Typically about half the people who receive a personal email will respond with a donation or show of support, which in the age of crowdfunding campaigns could be access to their network and an endorsement, which is exactly what you want.

The solution: Keep your communications interesting and engaging. Instead of just asking your donors for contributions, ask for their feedback and say thank you often.

6. You didn’t choose the right platform.

Quiz time! If I asked you to name three crowdfunding platforms off the top of your head, you’d probably come up with some of the more generic names (I’m looking at you, GoFundMe).

For example, have you considered peer-to-peer fundraising?

Peer-to-peer fundraising is similar to crowdfunding, but your supporters become your advocatesduring your campaign! A peer-to-peer model allows your network to take a more active stance in your cause or project, which can help you engage your donor base all while raising more funds.

Of course, you may have already settled on crowdfunding (which is likely, since you’re reading about it right now!). Before you rush to the most name-brand crowdfunding platforms that comes to mind, look for platforms specific to nonprofits. These platforms may provide higher profit margins to nonprofits or specialized assistance for fundraising.

Pay attention to transaction and processing fees, as well as the features of each platform. With  a little research, you can find the peer-to-peer or crowdfunding platform that most effectively meets your needs.

The solution: Not every platform offers the same features or supports every cause. Before you begin your search, create a list of the features you need so that you only look at platforms that offer what you want.

7. You didn’t use traditional methods to promote your campaign.

As we mentioned earlier, sharing your crowdfunding campaign plays a crucial part in reaching your goals. While it’s important to post on social media and ask for donations via email, you should exhaust every method to promote your event.

Traditional methods are just as effective at reaching your donors and encouraging them to contribute to your cause.

Here’s how you can ask for donations offline:

The solution: Don’t just focus on sharing your campaign via social media or email. Traditional methods are just as effective at encouraging your donors to give.

Now that you know the crowdfunding pitfalls to avoid, you can get started on your campaign! 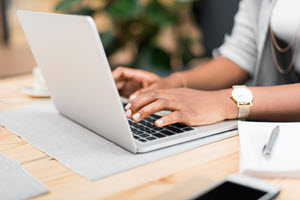 5 Tips to Elevate Your Donor Outreach This Year

Database 101: How to Improve Your Nonprofit Donor Database for Fundraising Success 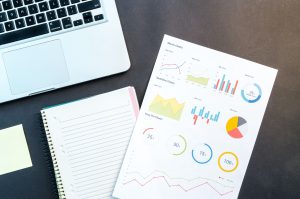