In case you missed it last week, LeVar Burton, the former host and producer of classic TV show Reading Rainbow, ran a VERY successful Kickstarter campaign called “Bring Reading Rainbow Back for Every Child, Everywhere.” He wanted to raise $1 million dollars to bring Reading Rainbow to kids digitally through an app that would allow children (and other people, like teachers and parents) to access the company’s collection of books. He planned to raise the money over a period of 35 days, but Burton was in for a surprise; he met his funding goal in a matter of hours. People are still donating, too. As of June 3, the campaign has raised more than $3 million, and the funding period isn’t over until July 2.

Crowdfunding campaigns are rarely as wildly successful as Burton’s, but there are some valuable lessons to be learned from the Reading Rainbow campaign. Here are just a few of them:

There’s a time and a place to raise money for general funds. Crowdfunding campaigns aren’t it! To run the most successful crowdfunding campaign possible, tell your donors exactly what you plan to do with their money and how you’ll go about it. Look at Burton’s Kickstarter campaign. Look at the way he presents his information; he uses emotional appeals (addressing people who grew up with his television show, etc.), hard facts (1 in 4 kids in the U.S. will grow up illiterate, and kids who aren’t literate are 400% more likely to drop out of high school), and eye-catching infographics to get his point across. He shows his audience the problem and, more importantly, tells them how his project can fix the problem. It’s short, it’s sweet, and it’s effective.

2. Be specific about how people can get involved.

Burton offers three distinct ways people can get involved with his project, and they cover three important areas of crowdfunding. First, he asks people to pledge money to his campaign. There’s no beating around the bush or veiled references to his financial support — he comes right out and asks people to donate their money to the cause, even if it’s just $5. He then asks people to spread the word by telling their friends and family, which is important! Crowdfunding campaigns usually rely heavily on virality, which is how quickly something spreads from one Internet user to the other. He also asks people to follow the campaign on Facebook and Twitter, which keeps them connected after their transaction is completed and gives him the opportunity to maintain those connections through social media.

If you’re trying to run a crowdfunding campaign, social media is going to be your best friend. Much of the attention garnered by Burton’s campaign comes from social media sites like Facebook and Twitter. Burton spent some time on his Twitter account getting people excited about the campaign even before it had launched: After the campaign launched, he spent tons of time answering questions, Tweeting at supporters, and re-posting notable messages. He stays connected with his supporters, which undoubtedly has made a huge impact on his campaign’s success.

4. Be proactive about spreading the word.

Burton connected with people on Twitter, but he’s also spending a lot of time and effort spreading the word about his project in other places. He did interviews with major magazines like People Magazine and even did a question-and-answer session on reddit, a social news and entertainment website powered by user-submitted content. The Internet (and the rest of the country) took note. Burton’s passion caught on, and his enthusiasm spread. Spending the time and effort to spread the word about your crowdfunding project is a huge investment, but the payoff at the end is huge.

Burton thanked his donors every step of the way. He shared their Tweets, their stories, and their messages, and he thanked as many individual people as he could manage. His heartfelt thank-you video, filmed live as his campaign reached its initial $1 million goal, brought tears to the eyes of his viewers… and went viral. He didn’t stop there; he took his thank-you messages to Twitter and other social channels, too:

His thankfulness is accomplishing more than just appeasing donors. His obviously heartfelt messages endear him to his current backers and encourages others to get involved, too. Boring, unimaginative “thank-you” form e-mails are not the way to go if you’re running a crowdfunding campaign for your nonprofit (or any campaign, really). Take a leaf from Burton’s book (get it?!) and let your donors know how much you truly do appreciate them.

Here’s the big takeaway from Burton’s campaign: you don’t need a flashy page or an elaborate marketing scheme to run a successful crowdfunding campaign for your nonprofit. Those things are nice, yes, but they’re not necessary. What you do need are things you already have: an airtight plan, enthusiasm for your cause, a willingness to invest time and money in making your campaign a success, and a thankful heart. Combine those traits with a bit of social-media savvy, and you’ve got all the ingredients you need to run a campaign of your own! 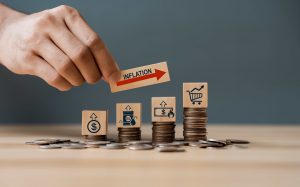 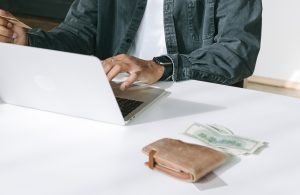 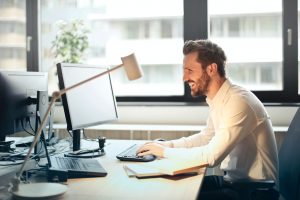