Generation Z, while young, has already proven to be a force to be reckoned with. Though many of them are under the age of 18, they’ve already earned the moniker “philanthro-kids” for their extensive involvement in fundraising, donating, and volunteering. How can nonprofits start building relationships with these movers and shakers?

We have some insight! Our Generational Giving Report uncovered some fascinating insights into what this group of donors wants from the organizations they support. One quick note: while the oldest members of Generation Z are moving into the workforce, many of this generation are still under the age of 18. Since we only surveyed people over the age of 18, this data paints an interesting but incomplete picture of the generation as a whole.

If you want to learn more about the other generations we surveyed for the study, you can read about them here:

The Rise of the Philanthro-Kid

Generation Z is highly motivated to support philanthropic causes. They see it as an important part of their identity! As a matter of fact, a third of our survey respondents in this age group (32.5%) cited seeing their philanthropic support as part of their legacy. Like their Millennial counterparts, the second most common response was that they were motivated by having relationships with the staff at the nonprofit.

As this generation engages with you now and in the future, they’ll be highly motivated to act out what they see as a critical part of their identity. If you want to keep them engaged on a regular basis, you’ll need to show them that they’re actually making a difference in the world, and you’ll want to build personal relationships with these donors that will inspire them to stay engaged.

How to attract Generation Z donors

This generation grew up with the Internet. They’re digital natives, and there are a few things that go along with that. One, they’re very computer savvy and are willing and able to use their computer to research the topics that interest and inspire them. And, two, they’re very aware of marketing tactics and can sniff out insincerity without trying.

Because of these two elements, Generation Z are great at researching the nonprofits they end up supporting. 57.3% of Gen Z respondents say they research nonprofits before giving, and they’re most likely to seek out information on social media channels (30.3%) and local media outlets (28.8%). When they’re trying to decide if they want to make a gift, they’ll be inspired to give by news outlets and other media reports about a nonprofit and nonprofit impact reports.

Once a donor from this generation decides to make a gift, they’ll want to donate quickly and easily. 32.6% of them are most likely to want to give as a result of social media posts, so explore adding a donate button or link to your donation form to your posts. 29.1% of them want to donate via a text message or app, so consider creating a text fundraising keyword they can use to make a gift on their phones.

How to keep your Generation Z donors

Since this group of donors is most motivated by making an impact on the causes that inspire them, they want to stay in touch with the organizations they support. They prefer more frequent updates than any of the other generations: 40.7% of them want monthly updates! They’re most interested in receiving updates containing stories about the people they helped and about how their money was used. Generally, they prefer to see updates on social media, but they do appreciate personal phone calls (remember how they’re motivated by personal relationships with staff?).

Understanding their impact is the best way to keep Generation Z donors engaged with your nonprofit. 62.4% of them have stopped long-term support of their favorite nonprofits, and they have some really interesting reasons for ending those relationships. The most common one was that they could no longer afford to give. That isn’t particularly surprising—many of these donors are students who are either new to the workforce or have not yet finished school! The next most common reasons for ceasing their support is that they either received no updates about how their money was used or were simply never asked to give again.

In addition to sending regular updates about how their donations make a difference, keep Generation Z involved with your organization by giving them non-financial ways to support your work. They’re very willing to raise money for their favorite organizations by asking friends and family for support (82.4% are willing to do so). Ask them to participate in a peer-to-peer fundraiser, invite them to collect donations to mark milestone occasions like birthdays and graduations, or encourage them to share their content to their social networks. They want to help—give them ways to do so!

Generation Z may be a young generation, but they’re already making an impression on the nonprofit world. They’re passionate about making a difference in the world, and they’re ready to support the causes that inspire them. They don’t have the spending power enjoyed by the older generations, but they’re already actively involved in donating to nonprofits. They’re active on social media and expect nonprofits to be active, too. Once you’ve inspired them to get involved, make it easy for them to get to your donation form or give via text. Keep them engaged with frequent updates about how their money is used and with stories from the people they’ve helped. Make sure to ask them to donate but be sure you also give them opportunities to support you through non-financial means. Generation Z is invested in causes, not organizations: make an effort to build relationships, share impact, and change the world alongside these donors. They’ll impress you with their passion! 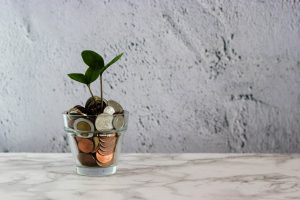