Every nonprofit wants to land a “whale,” a donor that gives huge amounts to your cause. But while major donors are important, they’re fewer in number than potential donors willing to give smaller amounts over time. That’s where micro donations come in!

Small gifts can not only grow your donor base but also appeal to younger audiences and potential recurring donors. A strong recurring gift program provides more long-term security and sustainability than occasional large gifts, and micro donations can help.

In this article, I’ll explain what micro donations are and how you can leverage small gifts to make a big difference.

What Are Micro Donations, and Why Do They Matter?

As the name suggests, micro donations are small donations. By definition, a micro donation is anything less than $100, but they can even be super small, like cents on the dollar. (Think: asking people to round up their purchase to the nearest dollar.)

Though they make up a smaller percentage of total donor dollars, micro donations are on the rise. Plus, micro donors represent a huge opportunity for donor retention. Over time, small gifts add up – and engaged donors who consistently give a little bit can be more valuable than big one-time donors.

Micro donations can also be more sustainable. During times of crisis or when the economy dips, big donors may withdraw their support, while micro donors might still be able to give. Younger donors, especially, prefer to commit to smaller gifts, so encouraging micro donations can help you engage Millennial and Gen Z donors.

How to Encourage Micro Donations

Donors like to know how their gifts will make a difference. Communicating impact is especially important when the gift is small. Make sure your donation forms and donor communications show the difference that even a few dollars will make.

Including high quality images on your donation form is a great way to show impact quickly. With Qgiv’s forms, you can include images at the top of the form, in the background, and even on individual donation amounts!

Also consider including brief impact statements that emphasize what you will do with donors’ contributions. And try to highlight the compounding impact of recurring gifts over one-time gifts.

Micro donations are most effective when added up over time, so getting micro donors to give on a recurring basis is really valuable.

Think about the recurring frequencies your form offers. A small gift that processes every week may end up being worth more than a larger monthly gift. For example, during Ramadan, IRUSA offers donors the option to give daily with a minimum gift of $1.

Higher frequency giving has the added benefit of keeping your organization on the top of donors’ minds, keeping them engaged with you and your mission.

You can also make recurring giving simpler for donors by setting up pre-defined giving plans. Establishing an end date and articulating exactly how many times the plan will process can allay doubts for hesitant donors.

Both Millennials and Gen-Z want to make a difference in the world and are motivated to give to causes they believe in. These younger generations may not be able to give major gifts yet, so micro donations are a great way to get them into your donor pipeline.

The key to appealing to younger donors is to make sure your messaging emphasizes impact. If Millennials and Gen-Z don’t feel like their gifts are making a difference, they’re more likely to stop giving. Continue to emphasize the impact of small gifts to encourage ongoing support.

Keep in touch with younger donors via email and social media, and remind them who and why they’re helping. Capturing these donors early with small gifts and retaining them over time can result in life-long support from a steadily-growing donor base.

As with any fundraising campaign, form design matters. If you have the option to include a fundraising thermometer on your form, consider breaking the goal into smaller chunks. People will sometimes give if they see that the goal is within reach. If you’re doing a micro giving campaign, having smaller, more attainable goals is especially important.

Regardless of what size gifts you’re soliciting, your donation form needs to be mobile-friendly. More and more donors are interested in giving on the go, so you need a form that is easy to view on a mobile device.

Relatedly, text fundraising is a great way to pitch micro donations as an “impulse buy,” allowing donors to give whenever and wherever the impulse strikes. A text appeal for $500 might not sway the average Millennial donor. But giving $5 from their phone once a month might be something they can commit to!

Also keep in mind that younger donors may not be able to afford to give but can be great promoters of your cause. Peer-to-peer fundraising encourages donors to fundraise on your behalf. With micro donations, it’s uniquely suited to appeal to students, teams, and other groups that may not be positioned to give large gifts directly.

Nearly 40% of Americans have reported donating to a cause based on the request of a loved one, so leverage your existing supporters’ networks through a micro donation peer-to-peer campaign.

From Micro Donations to Major Impacts

Though they’re small, micro donations can be mighty! The key is to rally as many supporters as you can and then retain them.

Encouraging donors to make their one-time gifts into recurring support and catering to younger donors will help you create a solid base that can sustain your organization through tough times. Activating additional fundraising tools and features, such as peer-to-peer, thermometers, and text fundraising, can put your micro donation campaign over the top.

Micro donations may be easy to overlook at first, but with a bit of work, you can turn small gifts into major impacts!

Interested in using peer-to-peer or text fundraising to jump-start your micro donation campaign? Contact us to set up a demo!

Kimber is Qgiv's Product Content Specialist. She holds a Ph.D. in English and loves using her research and writing skills to educate others about Qgiv's tools and features. When she's not working at Qgiv, Kimber can be found cooking, reading, or watching Star Trek (sometimes all at once!). 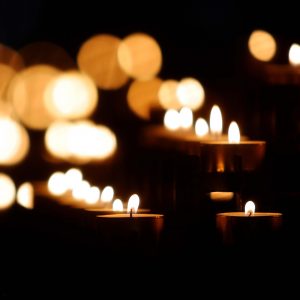 How You Can Help After the Buffalo, NY and Uvalde, TX Shootings