Wish your last peer-to-peer event got more engagement from your supporters on social media? Want to show your fundraising teams some great ways to fundraise on Facebook in support of your next event?

Local Qgiv client, Lakeland Volunteers In Medicine, recently had an exceptional fundraising team (called Swan Before the Storm) raise funds for their 2021 Swan Derby event. Their social posts got a lot of engagement, which helped the 2021 Swan Derby raise more than $50,000.

Want to learn from their phenomenal success? Here’s how they earned more engagement on Facebook for their peer-to-peer efforts.

When raising funds for Lakeland Volunteers in Medicine, Swan Before the Storm knew their friends and family would be most responsive on Facebook. They created a Facebook Group and made it public and visible to anyone searching for it.

The group empowered them to invite their friends, family, and coworkers to get involved in their fundraising. Their group grew to an impressive 285 members who were all invested in helping Swan Before the Storm and Lakeland Volunteers in Medicine reach their fundraising goals.

Because they used a Facebook Group, they were able to add their own DIY fundraising events, host raffles for prizes from local businesses, and keep their community of supporters informed with regular posts.

Team members Erin and Damian set a goal of $5,000. To reach that goal, they knew they had to inspire their friends, family, and coworkers to give. They started sharing content from Lakeland Volunteers in Medicine a week ahead of the fundraising period to let their social circle know why they were raising funds. This helped get their Facebook friends in the right mindset for when fundraising began.

On April 1st they shared a post offering the first four donors to their team fundraising page a free meal from local restaurant, Teriyaki Madness. This post earned a lot of interest early on and they kept that momentum going by posting almost every day for the month of April.

Their posts varied in format. Sometimes they posted pictures. Other days they shared video updates on their fundraising. They hosted their own DIY fundraising events and shared the Facebook event links in their timeline too so local friends and family could give while taking part in activity. They rarely posted text-only posts and when they did they were sure to keep them short and conversational. Check out some of the great content they created while raising funds for Lakeland Volunteers in Medicine!

They hosted their own DIY fundraising events

Swan Before the Storm did more than ask friends and family for donations. They created their own DIY events to raise funds for Lakeland Volunteers In Medicine’s Swan Derby event.

They built Facebook event pages for each of their fundraising events so they could share the details of their events on the Swan Before the Storm Facebook group page.

Their Happy Hour in the Tower Raffle Drawing event actually took place after the fundraising had come to an end. They rewarded the community that supported them with a final prize raffle event they could attend via Facebook Live.

During their live video they thanked the local businesses that contributed raffle prizes and sponsorships for their team. They also announced the winner of the Happy Hour in the Tower prize. The winner could invite their friends and family to an exclusive get-together at Cob & Pen.

They engaged their community on social media

Swan Before the Storm understood that the best way to keep the buzz about their fundraising efforts going was to keep their community engaged in their efforts. They did more than produce engaging content. Swan Before the Storm tagged the local businesses that supported them in posts. They also did a great job of tagging raffle winners and responding to comments.

When their posts received comments, they were quick to respond with messages of gratitude or to contribute to the conversation. Letting their supporters know they were actively engaged in the fundraising process drove donations and kept their audience giving to Lakeland Volunteers in Medicine.

With the funds raised, Lakeland Volunteers in Medicine was able to:

Swan Before the Storm did an exceptional job of engaging their community on social media, especially Facebook. Through a combination of engaging posts, fundraising events, and making the effort to talk to and about the people and businesses that made them successful, they were able to exceed their fundraising goal and make a considerable contribution to Lakeland Volunteers In Medicine.

Want more advice for marketing your peer-to-peer event, engaging donors on social media, and raising more at your fundraising events? Check out these additional resources! 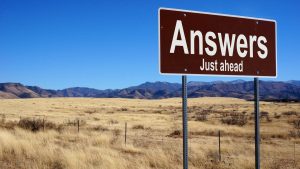 How to Create an FAQ Page for Peer-to-Peer Participants 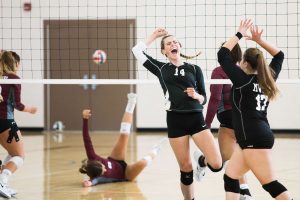