Every fundraiser dreams of getting major gifts. No matter how thankful you are for smaller gifts, there’s just something special about those extra-large donations!

Part of the reason they’re such a big deal is the work that’s involved in getting them: major gifts fundraising requires extensive relationship-building, transparency, and mutual trust. Another contributing factor is their relative rarity — major gifts don’t happen all the time, so we cherish them when they do!

We put a ton of time, thought, and effort toward cultivating relationships with major donors. But we often overlook some very important indicators that can signal someone’s potential to give major gifts! If you want to expand your list of potential major donors, look in these 4 places.

Look at your mid-level donors

Do you have a group of donors that consistently give higher-than-average gifts but don’t quite reach the “major gifts” level? They are your mid-level donors, and they’re excellent candidates for becoming future major donors. Unfortunately, we often overlook this group of supporters. They deserve a little extra love, but we tend to lump them in with smaller one-time donors. And, because they aren’t technically major donors, they don’t receive the cultivation and relationship-building efforts we give to bigger donors. They’re stuck in a weird limbo between average donors and major-gifts territory.

It’s time to start paying attention to these donors! Focusing on building a mid-level donor program will help you raise more money in the short term and set up future major gifts opportunities.

One great way to make this happen is to start a special group for mid-level donors. For example, the World Wildlife Fund welcomes donations of all sizes, but gifts of $1,000 and up (or monthly gifts of $100+) get donors into the “Partners in Conservation” group. They get special content and resources, receive a special quarterly magazine, and are invited to webinars and other events. They don’t receive the specialized attention the WWF gives to major donors (the WWF couldn’t hire that many staff!), but they do get something a little more than someone who donates $50 one time.

By focusing on building relationships with mid-level donors, you start building a valuable, highly-engaged donor base of people with a large capacity to give. They’re great candidates for future upgrades and are more likely to become major donors! Want to know where to start? Check out this webinar for ideas.

Do you have a donor that has loyally given to you every month? Their individual transaction sizes might not set off your (figurative) Potential Major Donor Alarms, but their overall giving history might. For example, take a look at an $80/month recurring donor. Over the course of a year, they’ll donate $900 — that’s solidly in mid-level territory! And, if that donor has given for a couple of years, they’ve given you thousands of dollars.

That kind of loyal support is invaluable, and it’s a good indicator they’ll be open to more engagement. Recurring donors, especially if their total gifts amount to a major-gift level, definitely deserve extra attention and cultivation. They’ve already supported your organization at a high level for an extended period of time. Who knows? Maybe they’ll become major gifts donors or legacy donors. Even if they opt to maintain their current giving level, they’re an invaluable supporter!

Want to drive recurring giving and (hopefully!) inspire some people to upgrade their gift? We wrote some articles about how to make that happen with Qgiv’s tools. Give them a read! Here’s one on how to use Qgiv’s recurring donor tools and another on how to communicate with them effectively.

Work with your board

Your board members and major gifts team should be best friends. We go into 3 reasons they should work together in this blog article, but one big reason is that they have fantastic networks. Think about it: your board members, on the whole, are well-connected community members who have a passion for the work you do. What are the odds that they, too, have friends that are well-connected community members who are also passionate about making a difference in the world? We think those odds are pretty high.

Getting your board members involved with fundraising isn’t always easy (although we do have a great webinar you can watch that shows you how to make it happen). But getting them involved in major gifts fundraising keeps them engaged, builds your donor prospect list, and may even inspire them to make their own major gift.

A long (long long) time ago, I worked at an elder law attorney’s office. I also briefly shared office space with a CPA’s office. Want to know a common topic that came up with clients at both businesses? They were interested in which local charities would be good candidates for large annual or legacy gifts.

Major donors are motivated by a lot of things. The desire to do good in the world, wanting to leave a legacy for their families, and, yes, the desire to save some money on taxes are all motivators. CPAs and attorneys are often involved in that decision-making process. Building a good relationship with strategic partners in your community is an under-utilized strategy! You’ll never be able to guarantee that a CPA or attorney will recommend your nonprofit organization for a major annual gift. But you can take time to get to know those partners, share your mission, give them some valuable metrics that will prove your efficacy, and ask them to keep you in mind if any of their clients ever ask for recommendations. Worst case scenario, they’ll say no. Best case scenario, you’ll build new relationships with donors who want to help your work.

We all want to bring in major gifts. But we don’t always know exactly where to find potential major donors! Try checking these 4 places — your mid-level donor group, your recurring donor group, your board and their network, and local partners — and look for telltale signs that those groups may include future major donors. The prospects you identify are almost certainly not going to sit down and immediately write you a check for thousands of dollars. But they are potential major donors and are a perfect group of people with whom to start building relationships.

Want more information on identifying potential major donors? You’ll love this webinar from Claire Axelrad on identifying major gifts prospects. Once you’re ready to make an ask, read over this article to overcome the pre-ask jitters! 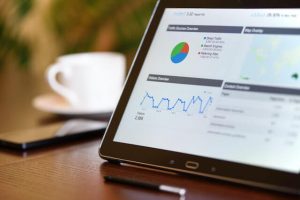 Giving USA 2022 Annual Report: Findings and How They Influence Fundraising in 2023 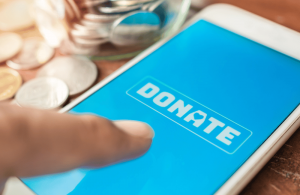 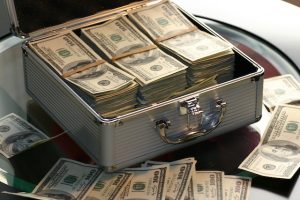