Want to bring your fundraising to the next level? Enlist in Boot Camp

Small churches play a big role in their community. Here are 11 fun, unique fundraising ideas that will support your programs without exhausting your members.

Small churches do big things. They’re home base for all kinds of community gatherings and events! Raising money to support various projects, groups, and programs can be tough, especially with a small congregation. But putting on a small church fundraiser is different than most other kinds of fundraising!

Switch up how you tell your members about fundraisers. It helps prevent donor fatigue and wariness about how the money you raise is used.

A short message about tithes and offerings is pretty standard before the Sunday-morning collection is taken up. But talking extensively about church fundraising activities aside from the Sunday offering can overwhelm your members. Worse, it could make members skeptical about giving at all.

Instead, consider including announcements about various fundraising activities in the announcements before or after the service begins. If your church uses bulletins, list upcoming fundraisers there! You can also make announcements other places, like small groups, Wednesday-night church, Bible studies, and other gatherings.

The Key to Small Church Fundraisers

Your members give a lot of time, money, and talent to your church. Offering fundraisers that have value for the donors as well as the church will help prevent burnout.

Your members put a lot of time, effort, and money into supporting your church. Many churches worry about over-burdening their members by asking for additional support. The secret to raising money for important programs without alienating members is to offer fundraisers that are valuable to the people who support them.

Here are 11 fundraising ideas for small churches that do exactly that:

Small churches are often caught between demand for programs and services and reluctance to ask members to give above and beyond their weekly offering. But by holding fundraisers that members want to participate in, you can help relieve donor fatigue and give members services they already want. That’s a win for everyone involved!

Power in Numbers: Use Vendor Management to Maximize Nonprofit Growth

Spring Fundraising Events: How to Plan a Fresh, Exciting Event 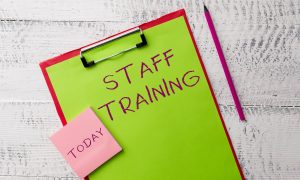